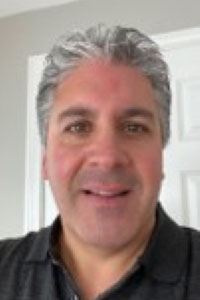 Matthew started in the aviation industry in 1984 working in the family owned flight school which had been in business for over 20 years.  He started fueling and cleaning airplanes and taking flying lessons in fixed wing aircraft and helicopters. He achieved his private pilot certificate in both the airplane and helicopter by age seventeen, and then single engine, instrument rating and commercial rating as well as commercial helicopter license by the age of eighteen. He continued on to earn his fixed wing flight instructor rating and multi-engine commercial and instrument ratings.

Attending East Coast Aero Tech in 1988, Matt received his A&P certificate. Three years later he earned his IA (Inspection Authorization) certification. He served as Director of Maintenance for the family flight school for almost 30 years until it's sale in 2017.

Matt has experience flying many different aircraft including the Columbia 400 and Cirrus Aircraft high performance aircraft. He has flown numerous aerobatic airplanes while also competing in numerous aerobatic contests around the country. During this time he accumulated over 4,500 hours of total flight time.

Matt is factory trained from Lycoming Aircraft Engines and Robinson Helicopter maintenance schools. He  has traveled the world as the sole crew chief for the #99 Red Bull Air Race Team and traveled the airshow circuit as crew chief.

In addition to teaching at 4Cs, Matt is currently a FAA Designated Mechanic Examiner and has worked for Air Bear Aviation on corporate jets.