Access the films through the Kanopy film streaming service:

You will be directed back to Kanopy to start watching films. Then join our weekly Film Discussion, via Zoom, each Tuesday from 4:00–5:00pm.

If interested in participating in the Virtual FF series discussion, contact Cindy at: cpavlos@capecod.edu and you will be emailed the Zoom link for the discussion. You do not need to have the Zoom app to join the discussion. 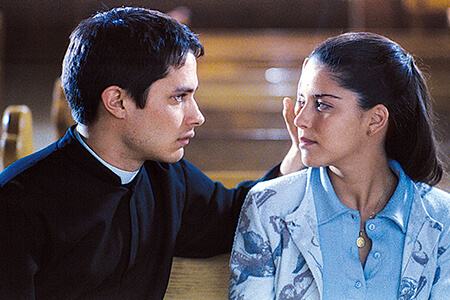 Politics and sexual passions threaten to corrupt a young, newly-ordained priest (Gael Garcia Bernal) in a small Mexican town. Nominated for Best Foreign Language Film at the Academy Awards and the Golden Globes. Nominated for a Golden Seashell Award at the San Sebastian International Film Festival.

"Director Carlos Carrera also understands the fierce power of the Catholic Church in Mexico and conveys the character of this tiny, insular community through richness of detail." — Edward Guthmann, SF Gate 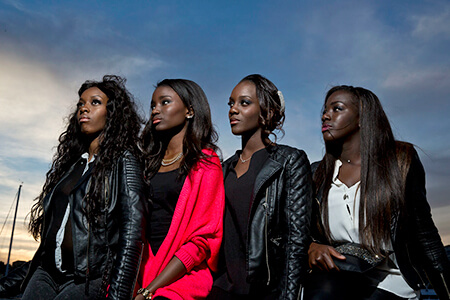 Fed up with her abusive family situation, lack of school prospects and the "boys' law" in the neighborhood, Marieme starts a new life after meeting a group of three free-spirited girls. She changes her name, her style, drops out of school and starts stealing to be accepted into the gang. When her home situation becomes unbearable, Marieme seeks solace in an older man who promises her money and protection. Realizing this sort of lifestyle will never result in the freedom and independence she truly desires, she finally decides to take matters into her own hands. 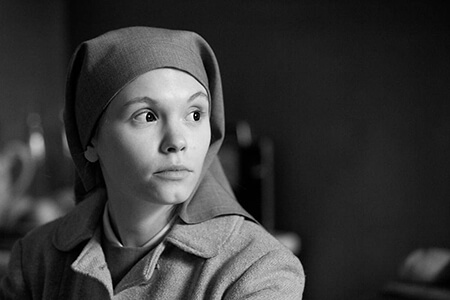 The winner of Best Foreign Language Film at the Academy Awards in 2014, Ida is a moving and intimate drama about a young novitiate nun in 1960's Poland who, on the verge of taking her vows, makes a shocking discovery about her past. 18-year old Anna (stunning newcomer Agata Trzebuchowska), a sheltered orphan raised in a convent, is preparing to become a nun when the Mother Superior insists she first visit her sole living relative. Naive, innocent Anna soon finds herself in the presence of her aunt Wanda (Agata Kulesza), a worldly and cynical Communist Party insider, who shocks her with the declaration that her real name is Ida and her Jewish parents were murdered during the Nazi occupation. This revelation triggers a heart-wrenching journey into the countryside, to the family house and into the secrets of the repressed past, evoking the haunting legacy of the Holocaust and the realities of postwar Communism.

Winner of an Oscar and a BAFTA award for Best Film. Nominated for Best Foreign Film at the Golden Globes and the Cesar Awards. 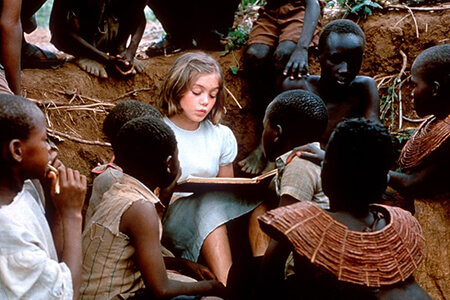 An Oscar-winning love story spanning two continents, Nowhere in Africa is the extraordinary true tale of a Jewish family who flees the Nazi regime in 1938 to a remote farm in Kenya. Abandoning their once-comfortable existence in Germany, Walter Redlich, his wife Jettel and their five-year-old daughter Regina each deal with the harsh realities of their new life in different ways. As they eventually learn to cherish their life in Africa, they also endeavor to find a way back to each other. Winner of the 2002 Academy Award for Best Foreign Language Film. 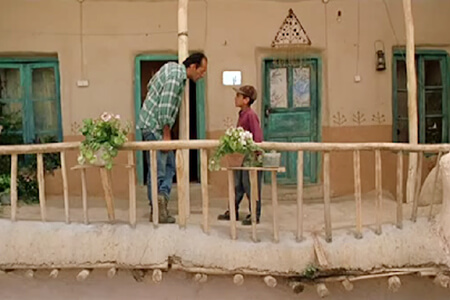 Palme d'Or winning-director Abbas Kiarostami's acclaimed film documents the arrival of an engineer and his colleagues from Tehran in a remote village in Iranian Kurdistan. Assumed by the locals with whom they form an ambivalent relationship to be archaeologists or telecom engineers, the visitors' behavior and keen interest in the health of an ailing old woman appear strange and their true motives are shrouded in mystery. Haunting and visually stunning, The Wind Will Carry Us is an absorbing abstract meditation on life and death and the divisions between tradition and modernity that stands among Kiarostami's best works. 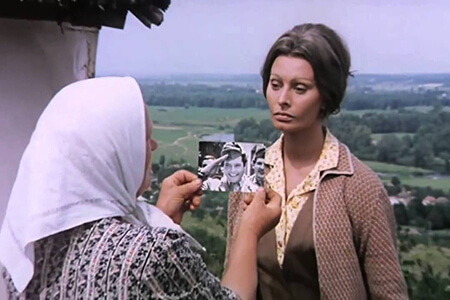 An another of Sophia Loren's great collaborations with director Vittorio De Sica (The Bicycle Thief), Loren plays Giovanna, a steel-willed Italian woman on a desperate search to find her husband Antonio (Marcello Mastroianni), who has gone missing on the WWII battlefields of Russia.  Making the grueling overland journey years after the end of the war, she tracks Antonio down and finds him a changed man. This heart-wrenching reunion will forever alter the course of their lives. 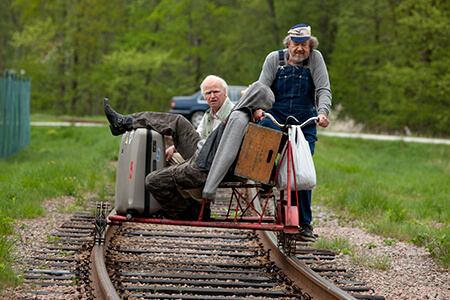 Powered by the antics of a mischievous centenarian on the run, this comic fable abounds with irreverent charm.

After a long and colorful life working in munitions and getting entangled in the Spanish Civil War, the Manhattan Project, and other definitive events of the 20th century, Allan Karlsson finds himself stuck in a nursing home. Determined to escape on his 100th birthday, he leaps out of a window and onto the nearest bus, kicking off an unexpected journey involving, among other surprises, a suitcase stuffed with cash, some wicked criminals, and an elephant named Sonya. Like an unruly Nordic cousin of Forrest Gump, Allan's youthful escapades and current adventures weave together into an offbeat treat for anyone who's young at heart. Winner of the Audience Award at the Chicago International Film Festival and Audience Favorite at the Mill Valley Film Festival. 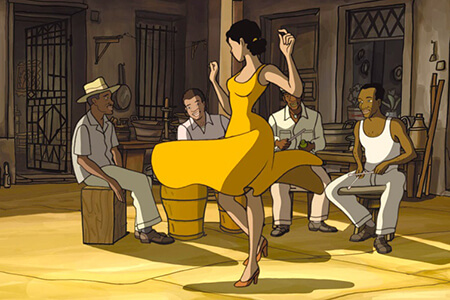 Oscar-winning director Fernando Trueba (Belle Epoque, Calle 54) and Spain's legendary illustrator Javier Mariscal celebrate their passion for the music and culture of Cuba with an epic story of love, passion, and heartbreak.  Cuba, 1948. Chico is a young piano player with big dreams. Rita is a beautiful singer with an extraordinary voice. Music and desire unite them as they chase their dreams and each other from Havana to New York to Paris, Hollywood and Las Vegas. With an original soundtrack by legendary Cuban pianist and five-time Grammy-winning composer Bebo Valdes, CHICO & RITA captures a defining moment in the evolution of history and jazz, and features the music of (and animated cameos by) Thelonious Monk, Charlie Parker, Cole Porter, Dizzy Gillespie, Woody Herman, Tito Puente, Chano Pozo, and others. Spanish Nominee for Best Animated Picture at the Academy Awards and winner of Best Animated Film at the Goya Awards. 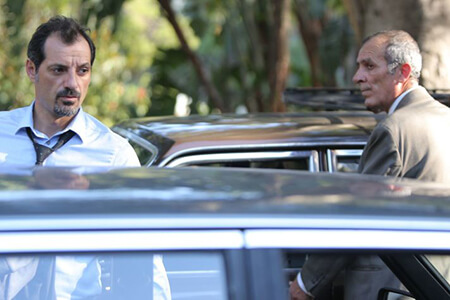 In today’s Beirut, an insult blown out of proportion finds Tony, a Lebanese Christian, and Yasser, a Palestinian refugee in court.  Nominated for an Academy Award for Best Foreign Language Film of the Year. Winner of Best Actor (Kamel El Basha) at the Venice Film Festival.

"…a crackling legal thriller that boils down centuries of Middle Eastern conflict into one reckless insult – and lets the sparks fly." – Peter Travers, Rolling Stone 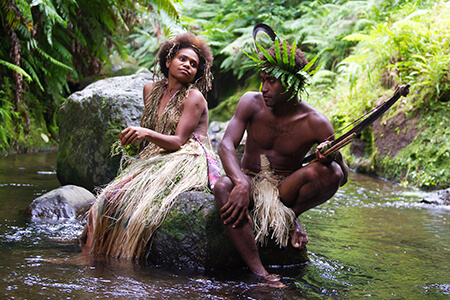 A young girl living on a remote island in the South Pacific falls in love with her chief's grandson in this beautiful Oscar-nominated film. But when war with their enemies escalates, Wawa is unknowingly betrothed as part of a peace deal. The young lovers run away, but are pursued by warriors of both tribes. With their lives on the line, the star-crossed lovers must choose between their hearts and the peaceful future of the tribe.  Nominated for Best Foreign Language Film at the Academy Awards.